Symptoms of a Mold Problem in Your Home 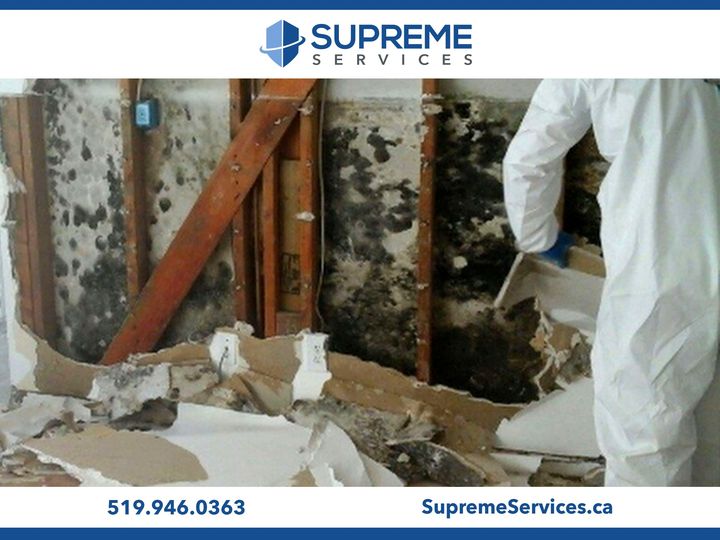 Did you know that a mould problem in your home can come with a wide variety of symptoms? Mould in the air can lead to issues including eye, nose and throat irritation, coughing, wheezing, shortness of breath, worsening asthma symptoms, and more. If you suspect that you have a mould problem in your home, speaking with the Windsor mould removal experts at Supreme Services is the first step in getting the problem dealt with.

If you’ve experienced any symptoms of a mould problem, or if you can see mould growing in your home, our team of mould removal professionals can assess the extent of the problem and customize a plan to address it quickly and effectively.

One of the most common issues with mould is having it return even after a visible mould problem has been resolved. When you choose Supreme Services as your provider for mould removal in Windsor and Essex County, we will not only remove the mould you already have, but can deal with the source of the problem to help prevent it from coming back.

Our team also understands that if you have mould in your home, you want the issue dealt with quickly so you can stop having to deal with the symptoms that come with mould as soon as possible. Our team can deal with your mould problem quickly without sacrificing effectiveness.

Talk to Us About Mould Removal in Windsor

Let us bring the health back to your home. To find out more about mould removal in Windsor and Essex County or to get started, call us at (519) 946-0363 or request a free mould removal assessment today! Windsor mould removal is just one of the home restoration services that we offer, and we have experts in areas including emergency restoration, Windsor asbestos removal, home renovations, facility maintenance, and more!